Conditional Sentences Type 3 are used to talk about an impossible situation in the past. The conditional sentence would typically begin with “If” or “Unless.”

For example, “If I had known she was sick, I would have stayed home with her.”

If Clause Type 3 Examples with Answers

Answer:   would have got 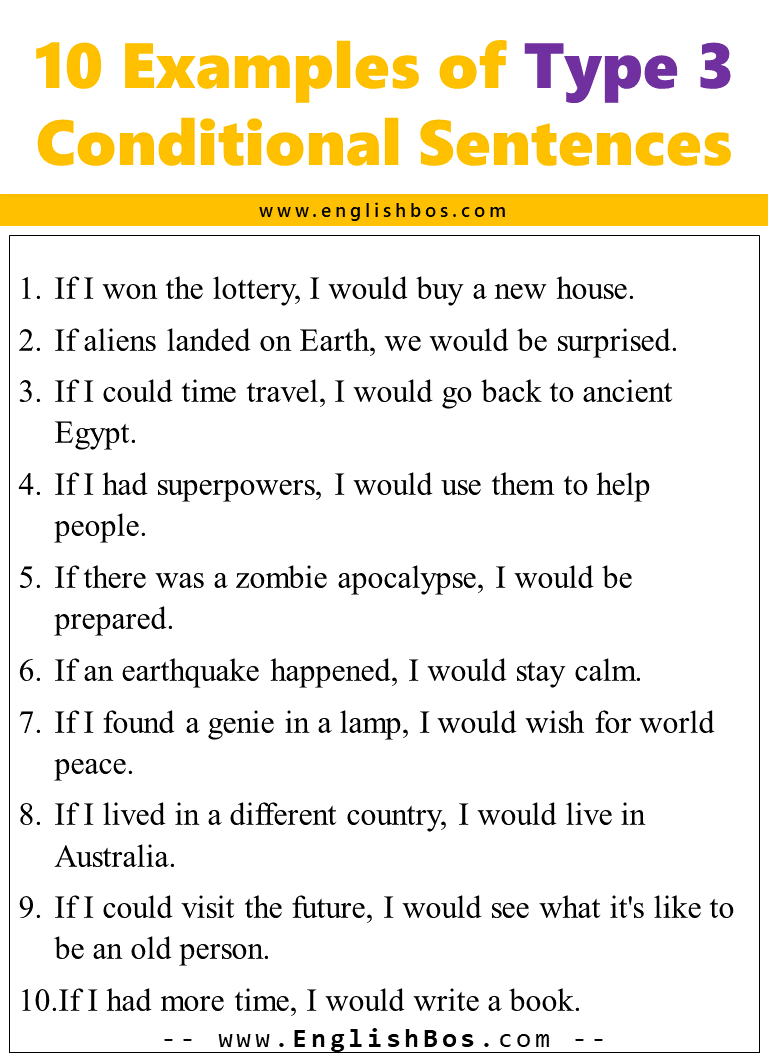