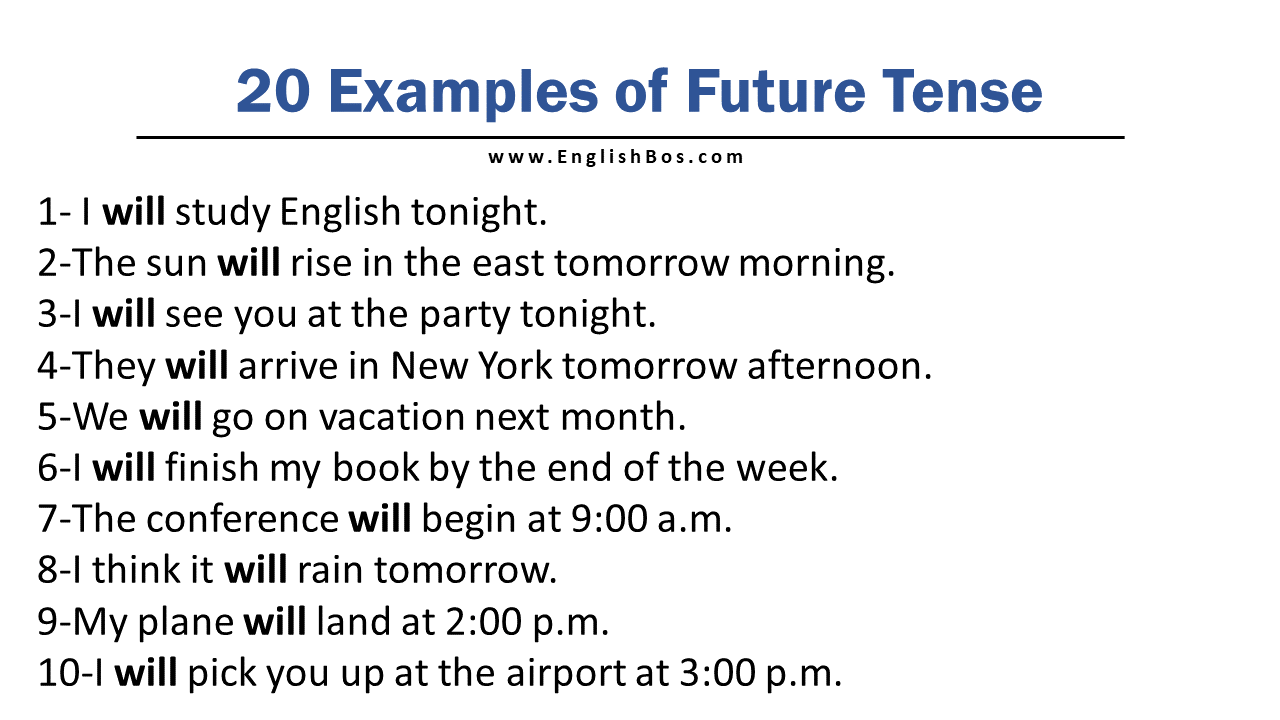 20 Examples of Future Tense! The future tense is a verb tense that refers to events or actions that have not yet happened. Many languages have a specific form of the verb to indicate when action will take place.

In English, the future tense is typically formed using the auxiliary verbs “will” or “shall.” For example, the sentence “I will go to the store” indicates that going to the store is something that has not yet happened, but will happen in the future.

1- I will study English tonight.

2-The sun will rise in the east tomorrow morning.

3-I will see you at the party tonight.

4-They will arrive in New York tomorrow afternoon.

5-We will go on vacation next month.

6-I will finish my book by the end of the week.

8-I think it will rain tomorrow.

11-We shall visit our grandparents next weekend.

12-I will write a letter to her next week.

13-He will come to visit us next weekend.

14-The show will start in five minutes.

15-The movie will be released next year.

16-A new restaurant will open downtown next month.

17-The company will go public in the next fiscal year.

19-The new bridge will be completed by the end of the year.

20-A new highway will be built between our two towns next year.