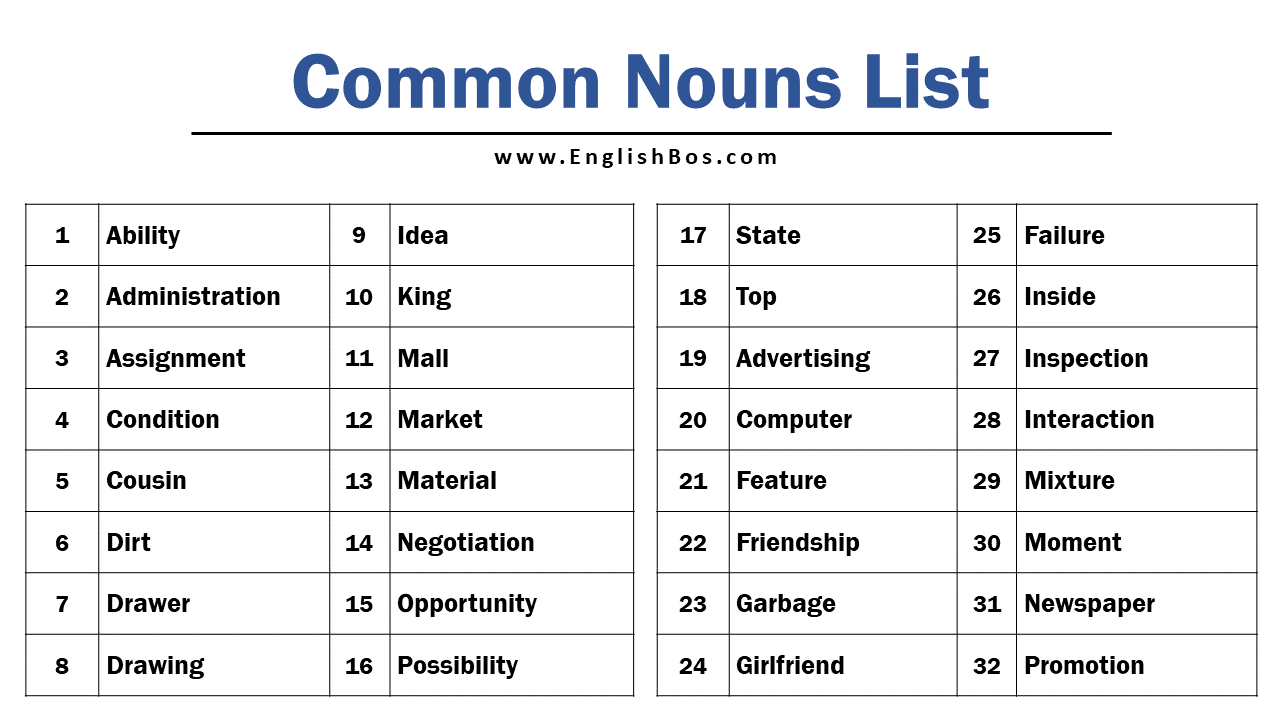 A noun is a word that names a person, place, thing, or idea. In English, there are around 300 common nouns you can use in your writing. This list includes some of the most common ones.

Learning these words will help improve your writing skills and make your stories more interesting.

Common Nouns are words that name general items rather than specific things. For example, “table” is a common noun while “that table over there” is a proper noun.

A proper noun is the special name given to someone or something. It always begins with a capital letter.

For example, “John” is a proper noun while “boy” is a common noun.