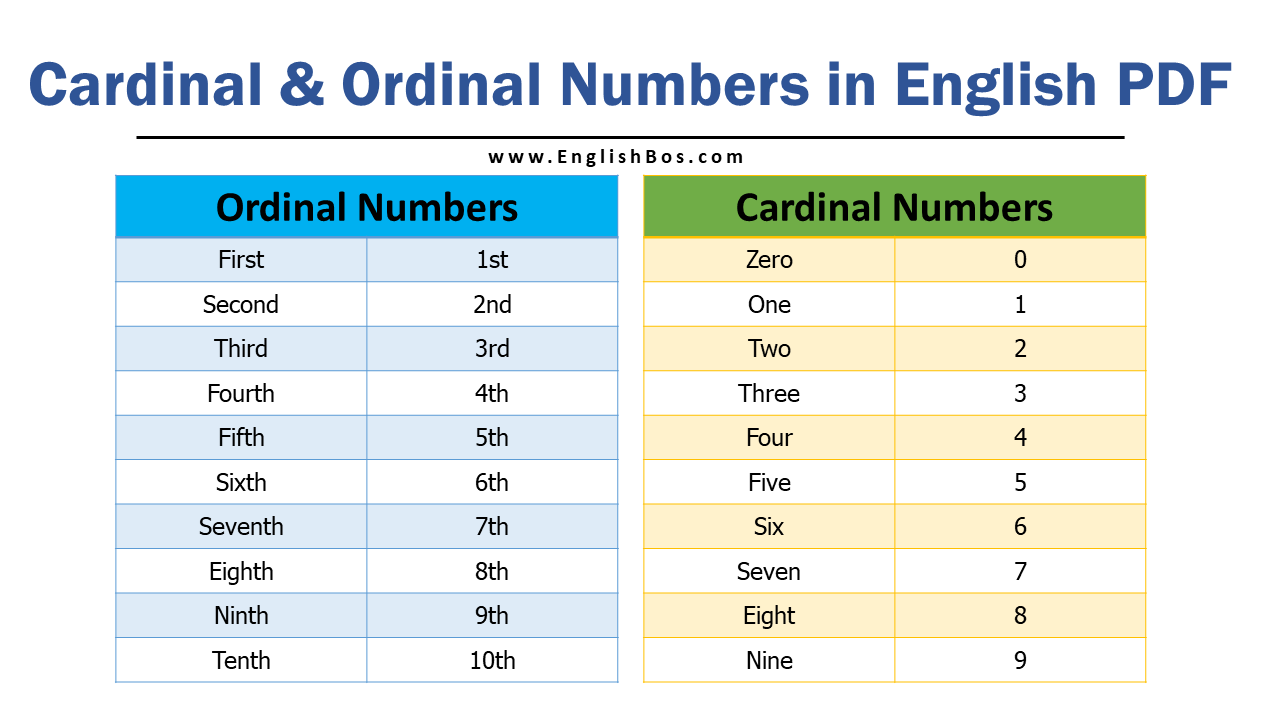 An ordinal number is a number that indicates position or rank in a sequence. They are sometimes called “position numbers.” The first ordinal numbers we learn are “first,” “second,” and “third.” We use them to describe where things are in space: “The cat is behind the couch,” or “This book is on the top shelf.”

For example, the cardinal number five describes a quantity: five dogs, five books, five people. But if someone line up those five dogs and ask you which one is first, second, third, fourth, or fifth in line? Now you’re using an ordinal number.