Contractions In Grammar: Chart, List, & Exercises! Are you familiar with contractions in grammar? A contraction is a shortened form of two words, typically used in writing and speech. In this blog post, we will provide a chart of the most common contractions, followed by a list of exercises to help you practice using contractions correctly. We hope you find this information helpful! 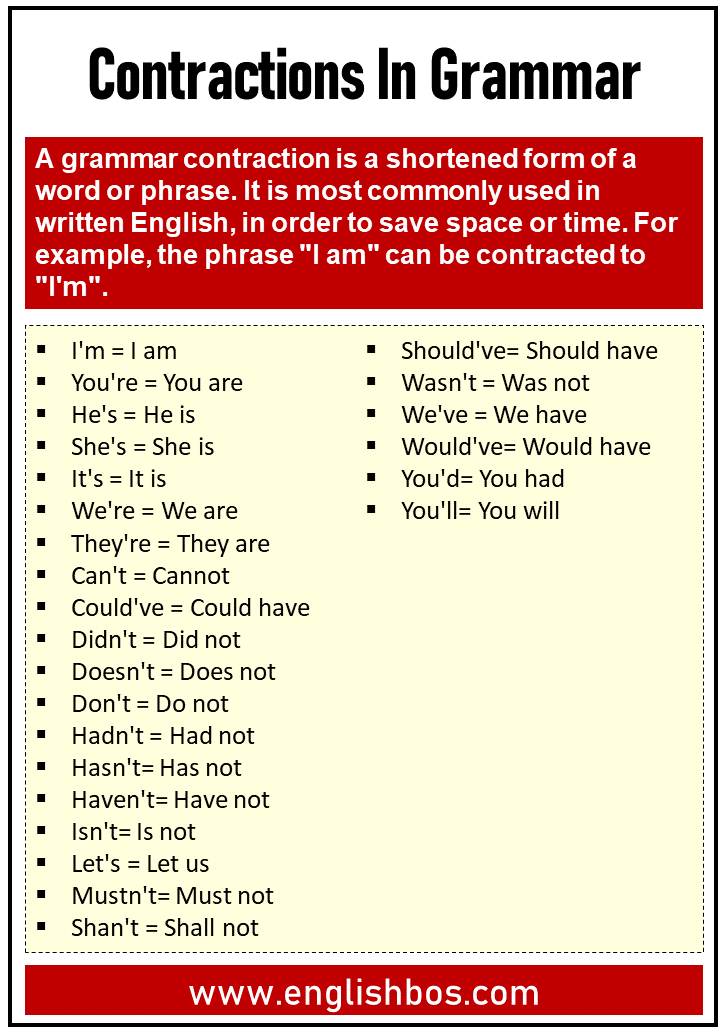 What is Grammar Contraction?

A grammar contraction is a shortened form of a word or phrase. It is most commonly used in written English, in order to save space or time. For example, the phrase “I am” can be contracted to “I’m”. In spoken English, contractions are often used to avoid awkward pauses or to convey emotion. The use of contractions is typically considered informal and should be avoided in formal writing.

However, in recent years there has been a growing trend toward the use of contractions in all forms of writing, including academic and business writing. While this trend is still relatively new, it is likely that contractions will become more widely accepted in the years to come.

What are the Most Common Contractions?

The following is a list of the most common contractions in English: 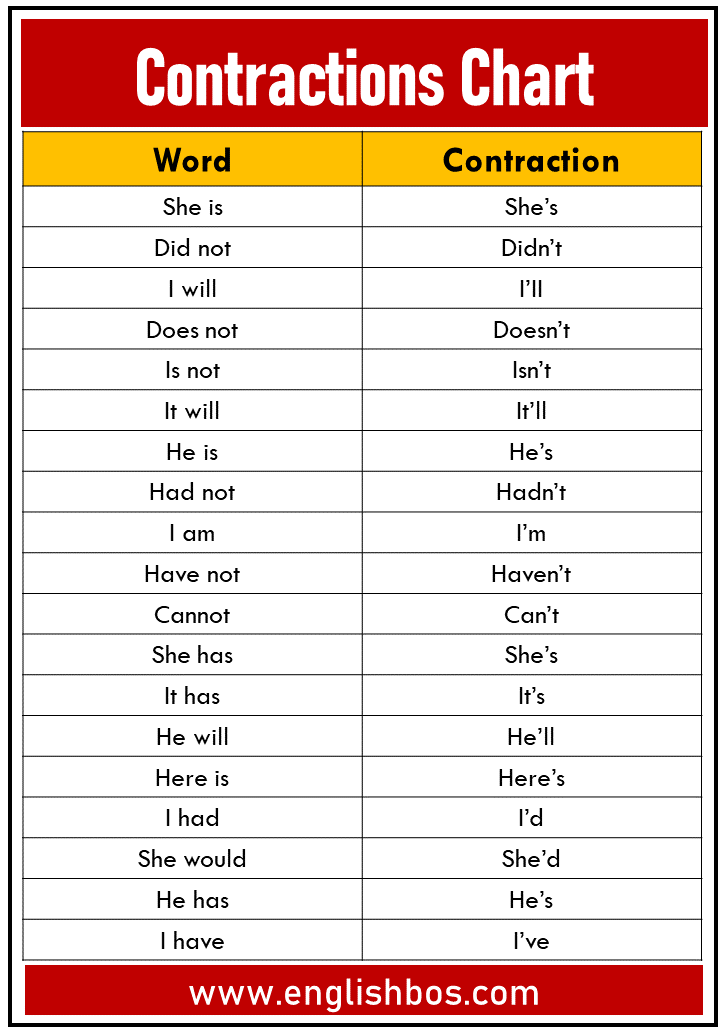 5- We’re going on vacation next week.

7- I can’t come to the party tonight.

12- I hadn’t thought about that before.

14- Hasn’t she finished her homework yet?

20- I should’ve known better than to trust him.

How to Use Contractions in Grammar?

Now that you know all about contractions in grammar, it’s time to put your knowledge to the test! See if you can correctly identify the following contractions: