Endo prefix comes from the Greek word “endo,” which means within. The endo prefix is used in medical terminology to identify a condition, disease, or procedure that occurs within the body. For example, endocarditis is an infection of the inner lining of the heart, and endoscopy is the examination of the inside of the body using a scope.

Endocervical meaning is the term used to describe the innermost layer of the cervix, which is located at the top of the vagina. The endocervical lining is made up of mucous membranes that produce cervical fluid. This fluid helps to protect the uterus and keep it healthy. The endocervical canal is also where sperm travel through in order to fertilize an egg.

Endocervicitis is a medical condition that affects the cervix. The cervix is the lower, narrow part of the uterus that opens into the vagina. The most common symptom of endocervicitis is a discharge from the vagina that may be white, yellow, or green. Other symptoms may include pain during sex and pain when you pee. Endocervicitis is treated with antibiotics.

Endochitinolysis is the enzymatic degradation of chitin, a component of the cell wall in fungi and some protozoa. The degradation process is initiated by the enzyme chitinase, which cleaves chitin into smaller pieces. These pieces are then degraded by other enzymes, called chitinolytic enzymes. The end result is the release of simple sugars, amino acids, and oligosaccharides.

Endochitinolytic enzymes are responsible for the degradation of chitin, a polymer found in the cell walls of fungi, bacteria, and other organisms. Chitin is also a component of insect exoskeletons and crustacean shells. The discovery of endochitinolytic enzymes has led to new ways of controlling fungal and bacterial infections, as well as pests that damage crops.

The term “endochondral” refers to the process of bone formation that occurs within cartilage. In endochondral ossification, a cartilage template gradually becomes mineralized as bone cells called osteoblasts deposit minerals on the surface of the cartilage. This process begins during fetal development and continues into adulthood.

Endochorion is a term used in embryology to describe the innermost layer of the trophoblast, which gives rise to the chorionic villi. The endochorion is located between the cytotrophoblast and the amnion.

Words That Start With Endo | List of Endo- (Prefix) 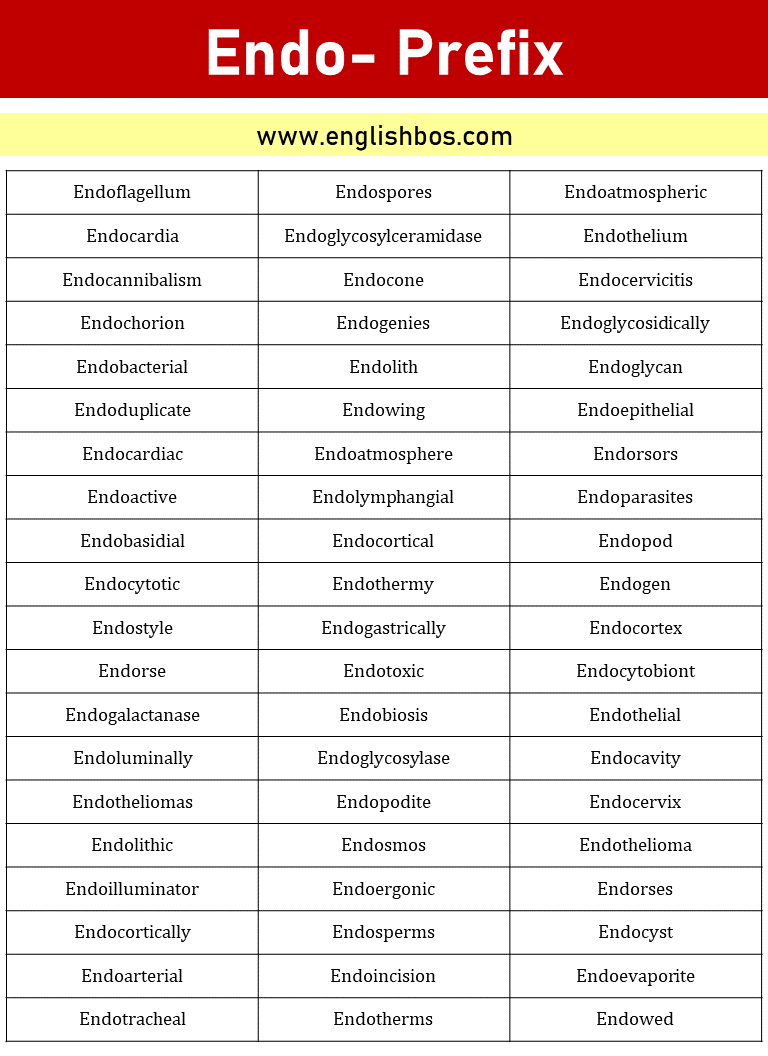 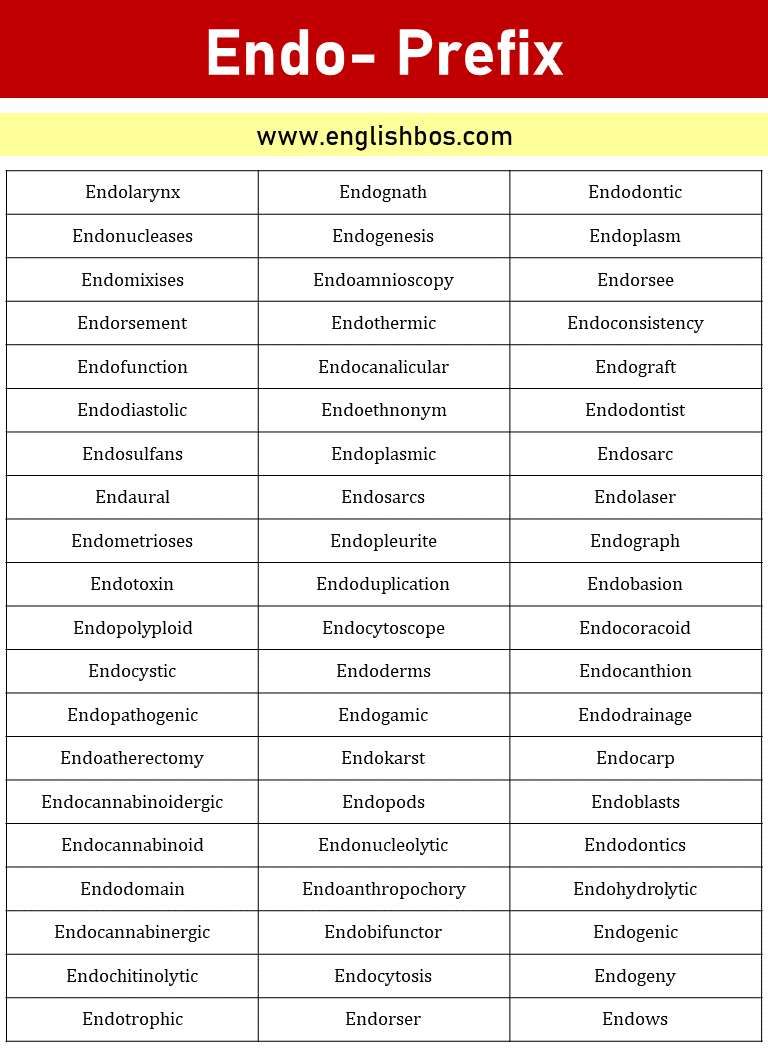 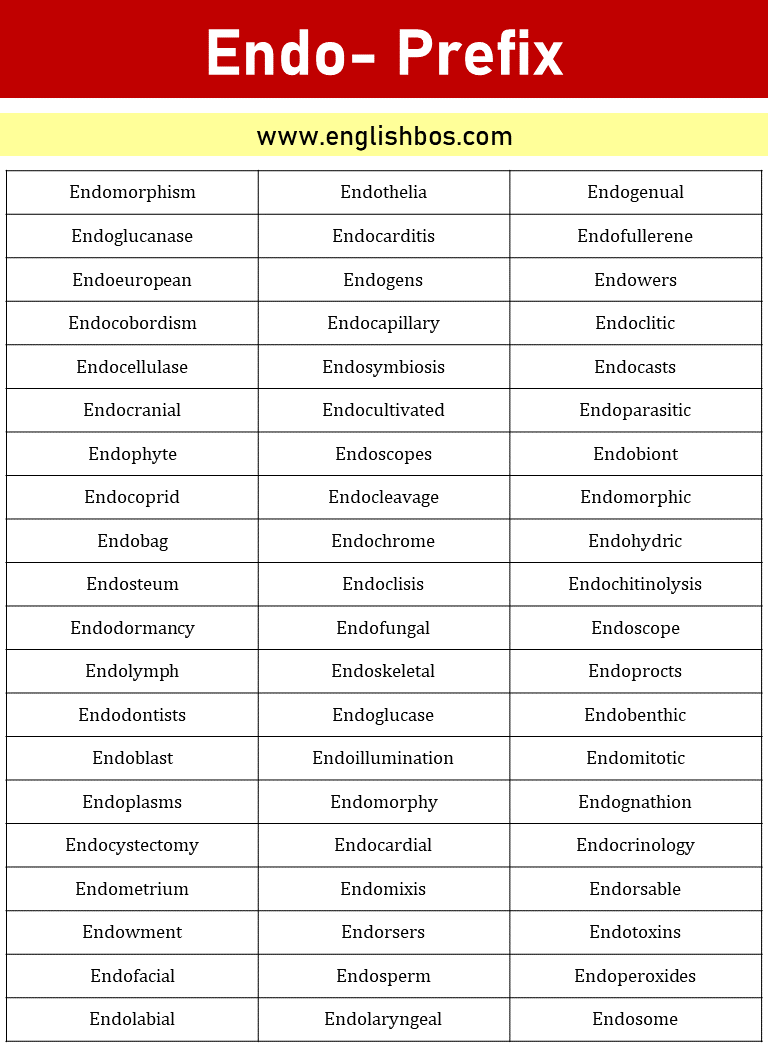 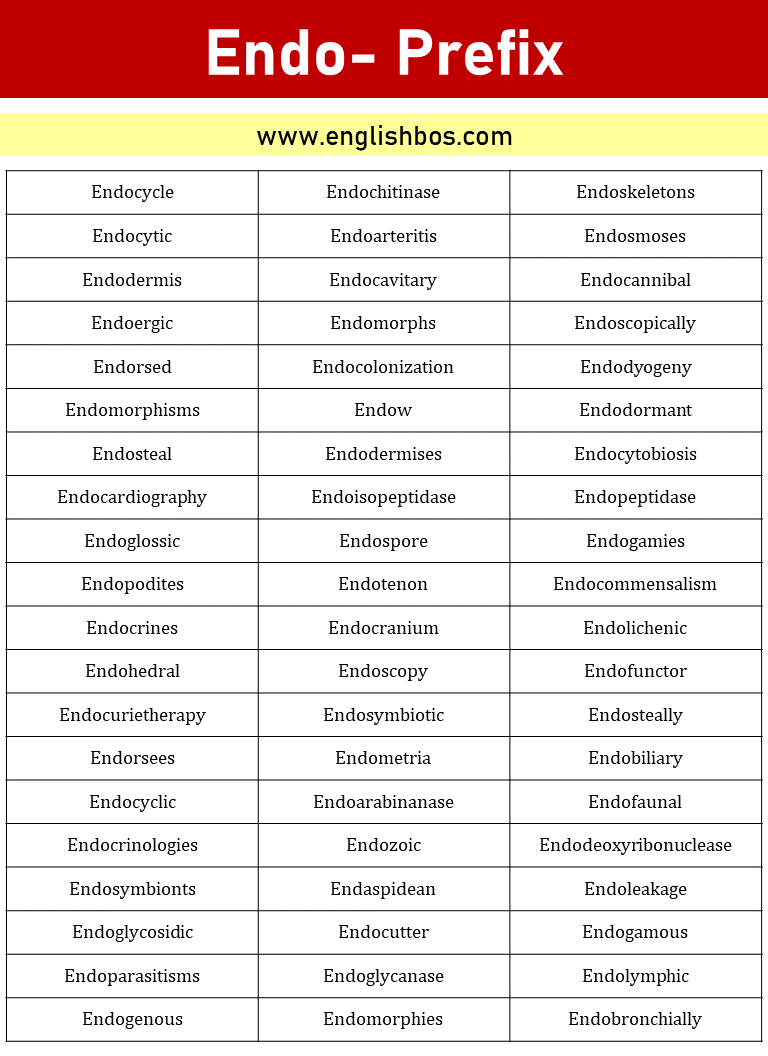 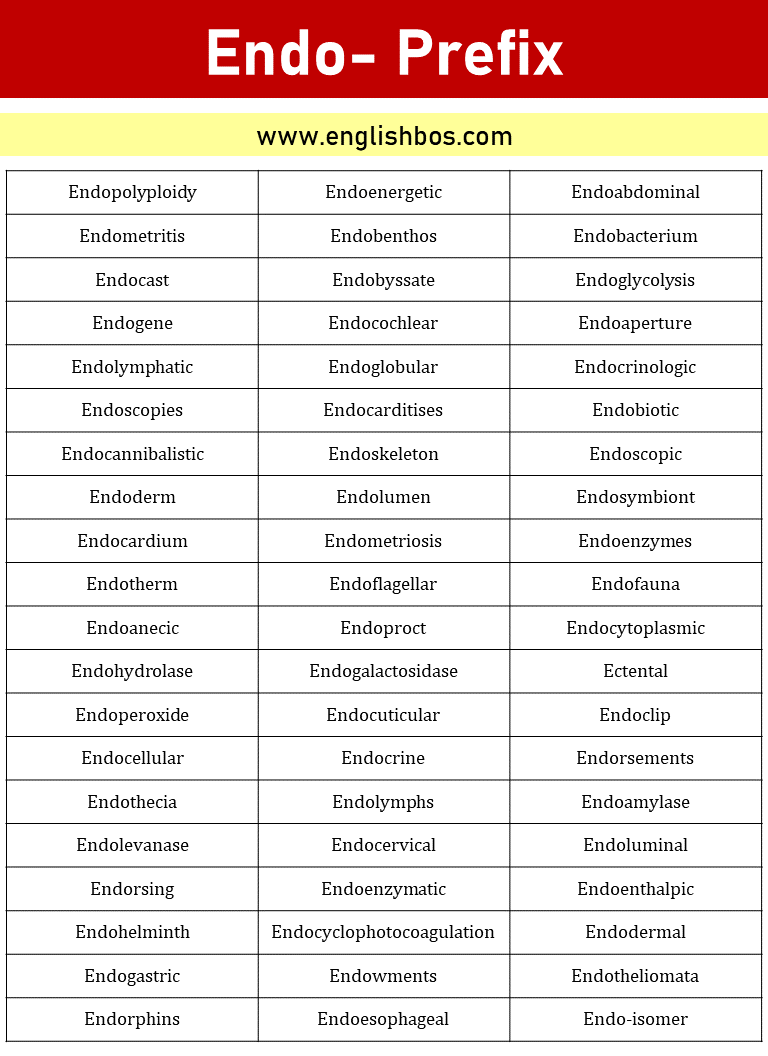