English is now the most widely spoken language in the world, with over 1.5 billion people using it regularly. But how did this come to be? The origins of English can be traced back to the 5th century AD, when the Anglo-Saxons, a Germanic tribe, invaded Britain. At that time, the language spoken in Britain was a Celtic one, but the Anglo-Saxons slowly began to displace it with their own language. In the centuries that followed, England went through a period of political and economic upheaval, which led to the spread of English around the world.

The Norman Conquest in 1066 brought French speakers to England, while the British Empire saw English establish itself in North America and Australasia. Today, English is used as a first language in countries as diverse as the United States, India and Nigeria. With such a wide reach, it’s no wonder that English has become the lingua franca of the modern world.

Travelling is the major reason for the English Language to become a global language. In the past, people didn’t travel that much due to the lack of technology and means of transportations. Therefore, they were bound to their local community and spoke the same language.

With the improvement of technology and an increase in transportation options, people started travelling more frequently. They started going to different places for various reasons such as business, education, and tourism.

Since English is the most spoken language in the world, it became a medium of communication between people from different countries.

The English language was introduced to these colonies when the British colonized them. The colonizers imposed their language on the indigenous people and enforced its use in schools and government institutions.

As a result of this, English became the dominant language in these countries even after they gained independence from Britain.

3- The Role of Technology

In recent years, technology has played a major role in spreading the English language around the world. The internet has made it possible for people from different parts of the world to communicate with each other easily.

Social networking sites such as Facebook and Twitter have also contributed to the spread of English as they are used by people from all over the world. In addition, many people watch English movies and TV shows online without subtitles, which has also helped in making English a global language.

4- The Role of Education

In addition, English is now a mandatory subject in most schools around the world. This has led to an increase in the number of people who can speak and understand the language.

5- The Role of Business

The role of business in making English a global language cannot be underestimated. In today’s globalized economy, businesses need to communicate with partners and clients from all over the world.

English is the language that is most commonly used in business, as it is seen as the language of international trade. Therefore, many businesses require their employees to be proficient in English.

6- The Role of Media

The media also plays a significant role in spreading the English language around the world. Due to globalization, people from all over the world have access to international news channels such as CNN and BBC.

In addition, many movies and TV shows are produced in English and are exported to other countries. This has helped in making English a global language.

7- The Role of English as a Lingua Franca

Another reason for English to become a global language is its role as a lingua franca. A lingua franca is a language that is used as a common communication between people who speak different native languages.

English has become a lingua franca due to its wide reach and the fact that it is relatively easy to learn. This has made it the preferred choice of communication for people from all over the world. 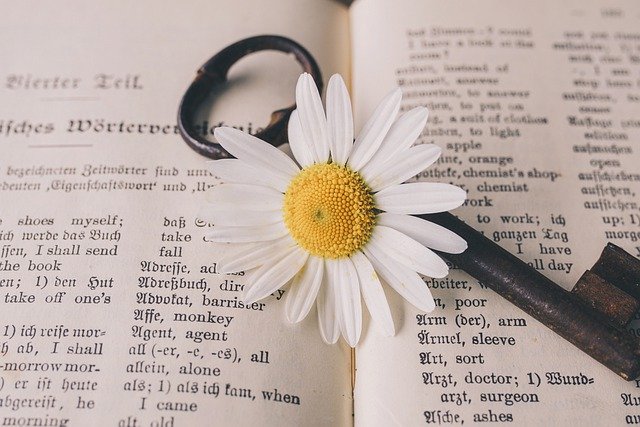 In recent years, there has been a growing trend of using English for specific purposes such as business. Business English is a form of English that is used in international business transactions.

It is a specialized form of English that includes terms and jargon from the world of business. This trend has helped in making English a global language.

9- English as the Language of Science

However, with the rise of the British Empire, English became the dominant language of scholars. As a result, many scientific papers are now written in English.

10- The Advantage of English

One of the main reasons for the success of English as a global language is its advantage over other languages. English is considered to be an easy language to learn, and it has a relatively simple grammar.

In addition, English is the most widely spoken language in the world, which gives it a distinct advantage over other languages.

Must Read: What Is The Last Phase Of Writing An Informative Essay?

From the above discussion, it is evident that there are many factors that have contributed to the spread of English as a global language.

The most important factor is the role of English as a Lingua Franca. Other factors include the role of education, business, and media.

It is clear that the success of English as a global language is due to its many advantages over other languages.

Is Writing On Paper A Physical Change?

What Is A Musing In Writing?

What Is Informational Writing Anchor Chart?